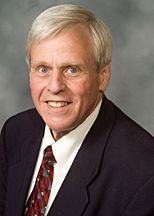 Scott Kane, founder and partner of Gray Hair Management, has held senior executive positions in the teleproduction industry for over 25 years, and is an experienced leader, innovator, negotiator, marketer and manager. Scott spent most of his career managing teleproduction facilities, but started as a producer and director for TV commercials, sports and entertainment programming. Some of his projects as a Producer-Director, were Big 10 Basketball for NBC, NCAA Basketball for HBO, and Live Aid.

Early in his career he joined Telemation Productions in Chicago as a television director, where he worked his way up through the company to Executive Vice President. Scott played an integral part in building a small, industrial grade teleproduction facility into a nationally recognized company, and was responsible for setting up and overseeing production facilities in Chicago, Denver, Phoenix, and Seattle.

For six years, Scott was President of Optimus, a wholly-owned subsidiary of Anheuser-Busch and a nationally recognized commercial film and video post-production facility located in Chicago. With a staff of 60, Optimus provided creative editorial services and special effects for major advertising agencies such as Leo Burnett USA, DDB Needham, Foote, Cone & Belding and Ogilvy and Mather, producing work for clients such as Michelob, Bud Light, McDonalds, Oldsmobile, General Mills, United Airlines and Sears.

Scott’s extensive experience in marketing, advertising and branding provides Gray Hair Management’s coaching clients with the creative strategy they need to help them to differentiate themselves in today’s competitive job market. He founded Gray Hair Management in 2000.

Using his experiences from helping people get jobs with the Gray Hair Management process, Scott has co-authored the book, Winning the Job Race: Pathways Through Transition, available on the Gray Hair website or on Amazon.com.